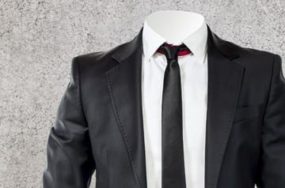 My first thought about this U.S. Supreme Court case:  We filter out the best legal talent for high office to decide what the word “clothing” means?

Frankly, I’m inclined to write a ditty about “donning and doffing” – words so often repeated by these noble jurists that you would think the terms to have mystical significance, perhaps reaching to the level of “these penumbral rights” used by Justice Douglas in Griswold vs. Connecticut (1965) 381 U.S. 479.

Instead of the weighty issue of whether a Planned Parenthood defendant could be prosecuted for providing contraceptives to a married couple, the issue in the recent case of Sandifer v. U.S. Steel Corp. (2014) 2014 DJDAR 1024, was the question of just what is “clothing?” Perhaps it is like defining “the absence of clothing,” and we can say that we can know what it is by understanding what it is not.  In this way, Justice Potter Stewart to described his threshold test for obscenity in Jacobellis v. Ohio (1964) by writing famously:  “I know it when I see it.”

Much of the business that occupies these great nine minds is the interpretation of federal statutes.  Sandifer is a look into the naked truth:  Supreme Court justices too have mundane daily work tasks that require their attention – in this case, does “donning and doffing” of work equipment qualify as “changing clothes” under Section 203(o) of the Fair Labor and Standards Act?  For those who care, the Court held that they and their lesser colleagues of the District Courts, need not spend precious juristic thought sorting out the time inserting an ear plug versus the donning of a shirt.  If the equipment was a minor part of the major time taken to “don and doff” then it was all to be treated as “clothing” under the Act.  Thus, these employees were not to be paid for getting dressed (or undressed) for work.