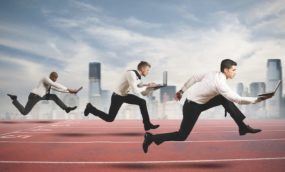 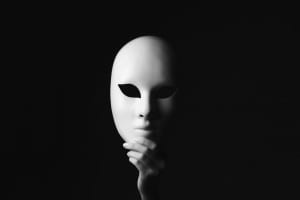 Disclaimer:  The following is a completely fictional account.  The names, either individual or corporate, are purely imaginary, unrelated to any known living or juridical person.  The events described are likewise wholly fictional and any connection to a real situation or person is coincidental only.

Mac was one of the best code writers in the industry.  He skipped college to go immediately into the work he loved:  designing and writing applications.  Mac could sit in total absorption, a quiet world unto himself, even in the cacophony of chattering entrepreneurs.  As they spoke, his imagination translated their ideas into a hologram seen only to him.  More remarkable was that Mac could remember the string of binaries and html, leave the meeting, and sketch out the basics of an amazing new product.  Acton the CEO for Red Hot paid Mac $500,000 a year and stock options.  He would have paid him more had Mac requested, but Mac thought of the money as secondary to the freedom to be part of something new, creative, and life transforming.  Mac was happy.

While Silicon Valley is the center of the creative technological world, it sits in a political landscape called California that has, for over a hundred years, had statutes [Business and Professions Code Section 16600, et seq.] giving employees free opportunity to work for whom they want without fear of being sued by their former employers.   In brief, both Red Hot and Mac knew non-compete agreements were unenforceable in California.  But Acton couldn’t sleep at night.  What if Mac and his team left Red Hot to work for a competitor?  Too much hinged on retaining their talent, and he knew Blue-Fire, Green-Gold, and Black-Dot were contacting Mac with enticements like new million dollar homes, yachts, and paid servants to take care of all the mundane chores of life.  Acton was matching and exceeding these incentives, but how long could it continue?  Acton knew too from speaking informally late at night over dinner with his industry colleagues that they too worried that their best employees were jumping from company to company based on the last best offer.

Acton called in his attorneys together with his entire executive team, and shared the causes of his insomnia:  we have to do something to end this bidding war for top talent.  Over objections from the attorneys Acton took an aggressive position:  all employees would be required to sign new non-compete agreements, except these agreements would be called “trade secret and confidentiality agreements.”  Also, there would be no mention of a restriction on re-employment.  Instead, the company would define “trade secrets” very broadly, and make clear it would be a violation of the trade secret agreement to apply any information or skills acquired from Red Hot.

Acton also insisted on a clause that prohibited any solicitation of Red Hot’s employees to join the departing employee at a new location.  And the agreement would spell out that Red Hot would have the ability to obtain an injunction against the employee using Red Hot’s “proprietary” information and trade secrets.  The agreement included a clause that the employee’s use of the information would be basis per se to obtain the court order.

“Write it up,” Acton directed the corporate attorneys.  After everyone left the room, one of the attorneys hung back to take Acton aside.  “You’re asking us to ‘push the envelope’ here.  I can’t promise these agreements will survive court review.”  “I don’t care,” said Acton.  “The important thing is that these employees think the agreements are enforceable.”

Mac and the Trade Secret Agreement Do Not Get Along.

When the new agreements were final, Human Resources distributed them for signature.   The agreements included a clause requiring all disputes between employer and employee, except the provisions for a court injunction, to be submitted to binding arbitration.  The agreement required the arbitration to be held in Key West Florida, where the company had a retreat facility.  The agreement also required all disputes to be decided according to Texas law.   All but Mac signed the agreement.   “I’m happy here.  But I just don’t like what its says here about not being able to use my knowledge and skills.  You expect me to just return to the dark ages?  If I can’t use what I’ve learned in the last 4 years, I won’t be able to find work.”

“Look Mac, it comes down to this.  You sign, or we’ll have to let you go.”  Mac was tempted to crumple and toss the document right then, but his girlfriend was about to have a baby, and she had just quit her job.  Truth is, they were living beyond their budget.  Mac signed.  But he also decided he was going find another job.

Mac Discovers That Non-Compete Agreements Can Take Many Forms.

As usual, the headhunters were calling Mac nearly everyday.  Usually, he politely said “No,” but now he said, “Tell me more.”  When the Headhunters returned only with solicitations from smaller companies that couldn’t match what Red Hot was offering, Mac smelled a rat.  In years past, the 4 or 5 biggest players were always seeking people in his pay grade with his skills.  “What’s going on?” he asked one of his more trusted headhunter agents.

“I’m not telling you this, Okay?” the agent said.

“You didn’t hear it from me, understand?”

“The big boys have an agreement.  No one steals anyone else’s top talent.”

The Mac-Attack Begins:  Enforcement of the Unenforceable Non-Compete Agreement.

Mac decided to confront Acton.  “I know what’s going on.”

“Never mind.  I know.  And I know this ‘trade secret’ agreement you made me sign is junk.”

“That’s not what our attorneys say.  We’re prepared to enforce that agreement, if we have to.”

Mac wanted to say more, but he could feel himself losing control.  Instead, he simply walked out of the office, and started making calls.  In two weeks he had an offer with a start up company, Grey-Suit, offering generous stock options.  He would be in charge of Technology Development.  He turned in his resignation, and started the next day.  He would be making a lot less initially, but he was excited for the future.

“I want you to go after him, hard.  Do whatever it takes,” Acton told his attorneys. “He has to be made an example.”

The court will refuse to enforce this over-broad definition as only a guise to prevent Mac from finding other employment.  “Proprietary information” means information unique and valuable to the company, not generally known to its competitors, and that he company has taken reasonable measures to keep secret.  The information also has to have economic value or competitive advantage to the company.  See generally California Civil Code Sec. 3426 – 3426.11.

The use of a sweeping, all encompassing definition of “proprietary” will be seen for what it is:  a transparent attempt to lock an employee out of an entire industry because the information in question would in due course be shared in any new employment. The employer is using an artificial definition to render “secret” what is commonly accessible and known.

The court will not enforce this “venue selection” clause.  It has no reasonable relation to the dispute, and offers no discernable cost reduction or efficiency.  Its purpose is simply to burden the employee and make it more difficult to defend himself.  California will not enforce a clause that so substantially interferes with California legal protections of California resident employees.

In Verdugo v. Alliantgroup LP (2015)  237 Cal.App.4th 789,  the Court held that an employment agreement that required the case to be heard in a particular Texas county was unenforceable because it was far more likely that the “choice of law” made by the Texas court would be Texas law.  The Verdugo court implied that if the agreement had been clearly to apply California law, then allowing the venue to be in Texas might have been enforceable.  But the power of the Verdugo decision is that it shifts the burden to the employer seeking the venue choice to be enforced to show that the employee will in no material way be disadvantaged by enforcing the clause.

The court will not enforce this choice of law because Texas law provides much less protection of employees’ right to freely pursue their occupation.  It is apparent that the employer is again searching for a way to bypass California’s basic legal protections by forum shopping.

In Pinela v. Neiman Marcus Group, Inc. (2015) 238 Cal.App.4th 227, the court held that an arbitration agreement selecting Texas law to govern the dispute was not enforceable against an employee because the Texas law did not afford comparable protections to the California employee.  This conclusion will be applicable to many “choice of law” provisions because California protections often exceed other states’ laws.

The court will hold that because the Texas Court ruled first, and California’s order would directly contradict the order of the Texas Court, the first court order, because it was first to be obtained, will be the controlling and final order.  Of course, by the same principle, if Mac had obtained his California injunction first, that injunction would have been the only one recognized.

In Advanced Bionics Corp. v. Medtronic, Inc. (2001)  87 Cal.App.4th 1235, the Court held that the “race to the courthouse” did offer the prize that the first court order obtained have priority enforcement over all other later orders.  The California court reluctantly accepted the federal principle of comity, that is, that priority would be given to the first court’s order to avoid an unseemly battle and confusion resulting from contradictory orders.

The Court will hold that Mac is free to work in his new position, and that the argument of “inevitable disclosure” is too vague and broad.  Mac’s general understanding and newly acquired skills accessible by human memory without using any of Red Hot’s stored data is not a violation of the trade secret agreement.

In Parrish v. Latham & Watkins  (2014) 229 Cal.App.4th 264, the Court held that an employer (Latham) that prosecuted two former employees because they violated a trade secrets agreement was not only wrong on a point of law, but had maliciously prosecuted the employees because Latham knew the “inevitable disclosure” doctrine had no application in California.

The Court will hold that Red Hot wrongfully (tortiously) interfered with Mac’s new employment.  It will also hold that Grey-Suit fired Mac for an illegal reason.  That is, that Mac’s termination was “in violation of public policy” because in furtherance of an illegal agreement “trade secret” agreement between Mac and Red Hot.

In Silguero v. Creteguard, Inc. (2010) 187 Cal.App.4th 60, the former employer contacted the new employer and informed the employer that the new employee had an agreement not to work for an employer for 18 months after leaving the first employment.  The second employer terminated the employment based on an understanding with colleagues in the same industry to honor one another’s non-compete agreements even though they knew the agreements were unenforceable.  The Court held the second employer liable for wrongful termination even though it was not a party to the non-compete agreement.

The Silguero case presaged the much more publicized settlement in September 2015 for $415 million by Apple, Google, Intel and Adobe for entering into a conspiracy not to “poach” one another’s high tech employees.  Silicon Anti-poaching Settlement.

If these provisions are illegal, why do companies continue to foist them upon employees?  The answer is that some employers want to deceive employees into believing the agreements are enforceable, and secondly, the Company is willing to sue on an agreement it knows is unenforceable to intimidate the employee with the prospect of expensive and time consuming litigation.  For that reason, employer drafted agreements seldom have a clause that the prevailing party will be entitled to recover his (its) attorney’s fees.