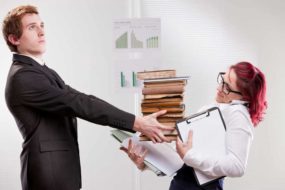 Seeing into our own biases is the first step to improving our ability to think clearly.  This self-reflection is discomforting, but its rewards are many.

That bias is so persistent in human thought suggests it has survival value. Bias is an economizing practice that saves mental redundancy.  What does that mean?  It means snap judgments are efficient.  I am advocate for bias, but with a qualification:  do not sacrifice truth and ethics for efficiency.

As we know, snap judgments are often wrong. The term “implicit bias” has been used more often recently by researchers to label our unconscious snap judgments based on racial, age and gender differences.  My temptation is to say, “duh!”  After nearly 25 years practicing employment law, I have not had a case in which the defendant has proudly announced his racism, ageism, or sexism during cross examination. Nor have I had the pleasure of suing a secret skinhead with a pathological ability to lie.  Rather, all my named defendants are sincerely self-proclaimed innocents.  The circumstances of the demotion, transfer, layoff or firing tell otherwise.

The acceptance of implicit bias frees us from the social stigma of prejudice.  We are not morally corrupt because of our biases.  We can even embrace our biases as inherent in the human condition.  They likely emerge from millennia of transmitted genes.  Our first mother, walking in the African savanna, hears a sound from somewhere in the high grass.  She can wait to satisfy her curiosity, and potentially be eaten by a predator, or she can immediately judge the situation a danger, and run.  If she guesses correctly that a lion is on her trail, she lives.  If she guesses wrongly about the lion however, she also lives, and she can laugh at herself after catching her breath.  Stated in modern terms, the cost/benefit analysis favors bias.  Yet, also in modern terms, our primitive brains operating from deep within our emotions must now be mediated by our prefrontal cortex.   We are challenged to bring implicit bias to the surface for cross-examination.

Psychologists have identified at least twenty cognitive biases that operate to sabotage our human relations.  As I practice employment law, I will illustrate each of these in a work context.

Conclusion.  We are biased because bias has functional value.  It’s an efficient way to navigate through the myriad choices we face daily.  But the efficiency of bias can become dysfunctional.  Better thinking produces better choices.  Start with recognizing how bias operates.  Then entertain that you may be blind to how it operates personally in your own thinking.  Challenge your automatic “thinking” against the bias checklist summarized in this article.