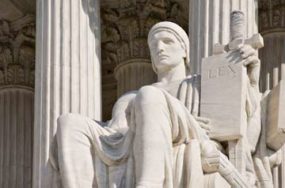 The Ninth Circuit has delivered a wobble-legged victory to employees that may have to be carried out on a stretcher from the U.S. Supreme Court.  Under employer attack is Labor Code Section 432.6.  Section 432.6 prohibits retaliation against an employee for refusing to arbitrate a violation of the California Fair Employment and Housing Act [anti-discrimination and anti-harassment laws].  The Ninth Circuit upheld this statute in major part on September 15, 2021.  But the battle is not over, and employers will be taking their arguments to the U.S. Supreme Court, a forum they know less sympathetic to argued exceptions to the Federal Arbitration Act.